Mainframe 3: Celebrating Influencers – from the creators of ServerDNA

What’s up Malaysia! We at TourneyHub would like to give you a glimpse of the latest initiative by ServerWare.

First off, who is ServerWare and what are they all about?! #Mousepad Party! .. you’ll know why soon..

They are the people behind the event called ServerDNA…Rings a bell right?.. Well basically its a gathering for gamers from different communities, such as modders, streamers, and esports enthusiast with the explicit goal of encouraging sharing, networking and learning in collaboration with many tech brands stakeholders – A one stop shop for all the gaming the world has to offer.

Over the past 4 years, ServerDNA has become the LARGEST and most important series of gathering for gamers and esports enthusiast across the countries ecosystem. Here’s a trailer from the event:

Although this year has been a trying year for many. ServerWare has been steadfast in assuring that the esports community is not disregarded. Pushing through the boundaries with their other initiative called MainFrame. Of which, this would make it their 3rd installment.

As for Mainframe, the target market that focused here is for influencers from various industries such as gamers, streamers, singers, rappers, actors, artists, cosplayers, models, dancers and content creators to come together to network, share ideas and collaborate.

The last Mainframe II was titled The Streamer’s Conclave. It was a meaningful 3 days 2 nights at Le Méridien Putrajaya on the 19th-21st of April 2019. Here’s a peak..

This year is a little different, with them bringing together a host of influencers to partake in non-other than the Beat Saber challenge for the enjoyment of all.

As this year would be MainFrame’s 3rd installment, it is however, a little out of the ordinary as it was held online.

This event was an entirely a community-based effort. That means no sponsors! Yes, just the hard work and support of helping hands, driven by one cause. To make us smile!

Catch all this and more upcoming content from ServerDNA TV’s youtube channel. Make sure you give them a thumbs up and subscribe, as you wont wanna miss what they have in store.

So sit back, relax as they bring you all of Malaysia’s favourite influencers under one roof.

Click the icons below as it will Link you to ServerDNA TV and FB page to know more: 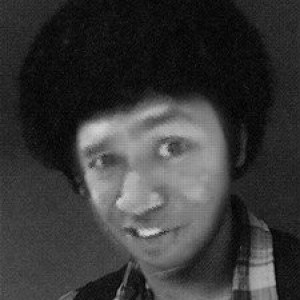 “Can It Run Crysis?” – Crysis Remastered is out for purchase!

WATCH DOGS 2 AND FOOTBALL MANAGER 2020 IS FREE ON EPIC GAMES!